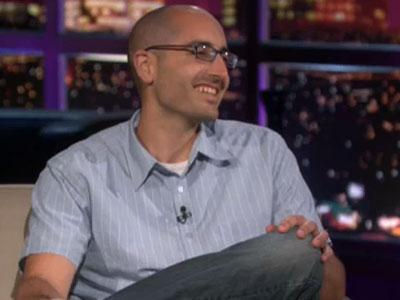 Justin Halpern is best-known for SHIT My Dad Says, a collection of his father’s pithy comments that started as a Twitter feed and led to a best-selling book and short-lived TV series. Shit is a must read! Laugh out loud funny. If you haven’t read it get it now. Read my review.

Suck is Justin’s memoir; Dad is still in the book but it is about Justin’s life. The brief and comically self-deprecating I Suck at Girls traces his previously unsatisfying relationships with the opposite sex. Starting in grade two he tries to woo an attractive classmate by drawing her a picture that lands him in the principal’s office. Justin doesn’t have a clue how to approach a girl. In sixth grade, he and a friend make their way into a canyon next to a Little League field; discover and steal a stash of porn; and find themselves being chased by two bearded homeless men, “each of whom looked like Nick Nolte molded in beef jerky.”  He uses some wonderful imagery. “Eventually, though, I came to the conclusion that I was the male equivalent of a Toyota Camry. You know: No one ever says, “I have to have a Toyota Camry.” But most people who spend some time in a Camry start to like it. “It’s pretty reliable,” they think. “It doesn’t have a lot of problems, and it’s not bad to look at. You know what? I’d probably prefer a nicer car. But I can live with a Camry.” 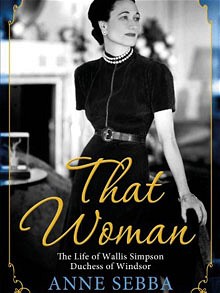 One of the great romances of modern times: the King of England abdicating the throne so he could be with the woman he loved.

A main theme running through That Woman is the likelihood that Wallis Simpson  was intersexed in some way. This is reason that she never had a child with any of her three husbands or her many lovers. All through her life she was plagued with abdominal problems. Sebba even suggests that King Edward VIII may have had his own intersex issues. She suggests his mostly hairless body, he only needed to shave once a week, and that all the women referred to him as the “little man.” Though he certainly was a ladies man before he met Wallis Simpson.

The Prince of Wales comes across as a liability. He was “a depressed adolescent… worryingly unsafe, he could be certified”, according to Lord Wigram, George V’s private secretary. “Certain cells in his brain have never grown,” murmured another courtier, Sir Alan Lascelles.

A real concern was the Prince’s chumminess with the Germans and pro-appeasement politicians. He and Wallis were feted by Mussolini in Venice, stayed at the Ritz in Madrid when Spain was run by Franco and visited Hitler in Berchtesgaden, where they were photographed among the swastikas. Walis actually curtsied before Hitler. The Nazis “were ready to exploit the King’s sympathies”, and even after the abdication there were plans to install him as a puppet monarch should Britain have been successfully invaded. Wallis saved England from having Edward as King. The ex-King was a petulant pipsqueak, who would have made a disastrous monarch, it does seem that everyone took it out on Wallis. She was generally vilified as a “prostitute, a Yankee harlot”, “sadistic, cold, overbearing, vain”, “mean and grasping” and, in the words of the late Queen Elizabeth, “the lowest of the low”.  Her mother-in-law refused to receive her son and his wife.

It is an interesting read but there are places that need skimming. 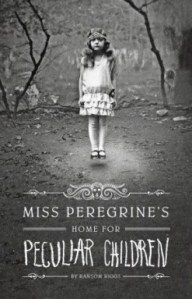 Jacob has grown up listening to his grandfather’s strange stories, although as he grows into his later teens he doesn’t believe the 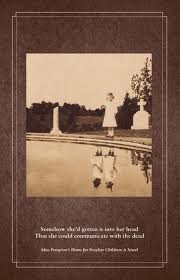 stories
the way he used toas boy. When he witnesses his  grandfather’s death by a vicious attack by one of the strange monsters form the stories he is both confused and inquisitive. Haunted by his grandfather’s last words, Jacob is determined to find out the truth.

Jacob manages to convince his therapist and his parents that a holiday away from home in a remote island off the coast of Wales is just what he needs to clear his head. Once he’s there, however, he realises that all his grandfather’s stories were true. Peppered with creepy photographs, the story is one of adventure and fantasy. Jacob is a great narrator, one who’ll appeal to children and adults. On the island, he finally feels like he’s found a place where he belongs and a sense of purpose in his life. Despite the image on the cover, this is not a horror story. It is more a magical fantasy world that we enter when we go with Jacob into Miss Peregrine’s Home for Peculiar Children.

The book is fill will unusual pictures. The story is quirky and fun. Meant for teens, it is still an  enjoyable fantasy for adults. 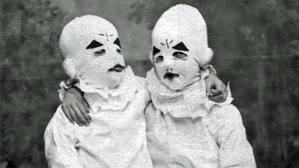 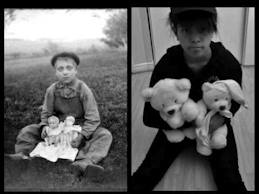 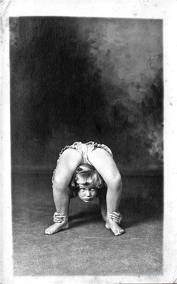 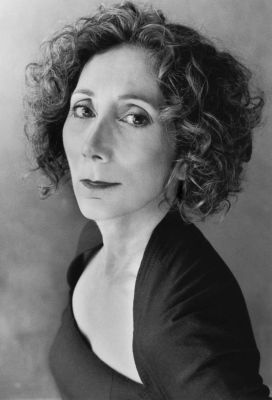 AKA: Portrait of an Obsession

The narrator is a disgraced professor who refers to “the terrible darkness within me” and his “morbid and afflicted” imagination — without showing us much evidence of anything other than something to do about a boy and hanging out where students gather. While under investigation by the university for some unspecified infraction, he’s installed himself in a rented office, where he intends to prepare lectures but there is not indication that actually happens. In the office next door, Dr. Dora Schussler, psychotherapist, sees her patients. For most of the day she has a machine that creates white noise but one patient requests that the white noise is turned off allowing the narrator to hear every word. Thus his obsession begins.

He is taken with one patient: a young lesbian, also left nameless. It’s love at first listen, and not just because of the patient’s “creamy alto.” It’s her predicament. She is adopted and just beginning explore the secrets obscuring her origins. Our narrator comes from dreadful suicide-smitten stock — “My aunt Selma once said I had the temperament of Uncle Harry: Did this include whatever bad thing he had done with his gun?” — and this patient fills him with admiration. “Why,” he asks, “could I not learn the art of being parentless from these adoptees: these very models of self-creation?”

Assisted by the narrator’s discreet and creepy stage management, the patient’s inquiry will lead her to a group of Jewish orphans at Belsen in the last days of World War II. In Israel, the patient will also encounter something like a parallel self, an unsuspected sibling—also adopted—whose story of her own reunion with their mother casts light on the terrible meaning not just of why the patient was given up for adoption as a baby but why her mother never sought her out later on.