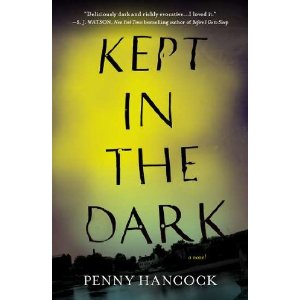 Sonia was the last person to see her friend and neighbour’s 15 year old nephew, before he went missing. The police are slow to respond; a person is missing unless 24 hours have passed. No one imagines that he tide to a bed in Sonia’s childhood home over looking the River Thames. What will she do when her family returns for the weekend. Is he as good as dead. Who is the mysterious and sadistic Seb in Sonia’s memories.

DARK is a page turner. If you like reading creepy books you’ll enjoy this. 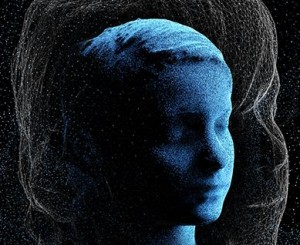 This is another coffee table book that is worth taking a look at. DATA is an ambitious and attractive new large-format book that aims to give readers, through photography and short articles, a glimpse of how powerful new data processing capabilities are changing people’s lives. Big data is concerned with how modern technology allows us to generate, store and process information on a massive scale. For example, Eric Schmidt, executive chairman of Google, said in 2010 “there were five exabytes of information created between the dawn of civilization through 2003, but that much information is now created every two days, and the pace is increasing.” (one exabyte is a staggering 1,073,741,824 gigabytes.)

J. Craig Venter gained fame for sequencing the humane genome, but he is now using big data tools to create organisms through gene manipulation. His team at Synthetic Genomics has synthesized an entire bacterial genome and introduced it into a cell — as Venter says, “It was the first self-replicating species on the planet whose parent was a computer.” New Jersey physician Dr. Jeffrey Brenner used data analysis to tackle one of the U.S.’ biggest problems: rising health care costs. Using a database of 600,000 hospital visits, he built a map linking claims to patient’s addresses. He found that just 1 percent of patients were responsible for 30 percent of hospital bills. Driven by that information, he founded the Camden Coalition of Healthcare Providers, which dispatches caseworkers to make home visits to the patients with the most problems. The aim is to help patients stay on their medications and out of the emergency room. The New York City Police Department’s Domain Awareness System (DAS) allows officers to access and aggregate data from a broad range of sources: 3,000 surveillance cameras, license plate readers, radiation detectors, 911 calls, arrest records, crime reports and files of data on individuals’ personal characteristics from tattoos to limps. NYPD Commissioner Raymond Kelly has called DAS “one-stop shopping” for investigators.

Data is interesting, positive and beautiful but lacks and discussion on the possible downside of all this data being collected on us all..

Skulls is an amazing coffee table book. Mann’s photo’s are exquisite and Dudley‘s collection is massive. The photos of the mainly white skulls are floating on a black back ground. Along with each skull is a small picture of the animal alive which gives context to the skull. Some of the skulls are huge, like the elephant, and some are tiny. One of my favourite pictures was the complete skeleton of a seahorse, Grouping the skulls according to species, Winchester educates the reader on the peculiarities of key subspecies, enabling readers, should the need arise, to tell a long-nosed bandicoot from a southern brown bandicoot, the bizarrely horned babirusa from a warthog, or the fearsome (and extinct) saber-toothed cat from a modern and endangered tiger. There were even pictures of forerunners of homo sapiens.

I have a small collection of skulls, most of which I discovered while out hiking or exploring the North Saskatchewan river bank. When I heard of this new book I knew that I had to take a look. It was time well spent.

Simpson has penned a beautiful coffee table book of his work with wolves. Simpson is an animal trainer for the  film industry who specializes in wolves. He went to Siberia with his handlers and wolves to make a movie Loup. This book is a documentation of his work on the this feature, which will be one of the largest wolf movies ever made. He had raised these wolves from birth and new them intimately. Conditions were harsh. They lived in a remote camp in the siberian mountains of Russia in the extreme cold of winter and the hot and buggy summer.

“The day Digger fell into the ice hole was my hardest day on set. To walk on thin ice was not something we could train dogs to do – they are too smart for that. But when Digger began walking, he kept his focus on me as if he believed the ice would hold him because I was there.” Andrew actually went into the water to help the wolf out. “For the next three nights, digger slept in my room.” He truly is devoted to his wolves.

The photos are wonderful. It is well worth a peruse. In Darwin’s Ghost there is a long discussion of the evolution of wolves into all the breeds of dogs there are in the world. This seemed like a great way to follow the book on evolution.

Charles Darwin’s masterpiece, The Origin of Species, is probably the best-known, least-read book. Unquestionably one of the most important achievements of the millennium, its publication in 1859 caused a sensation, because it forced mankind to see itself as part of the animal world–a notion that hundreds of millions still deny. Darwin’s theory of common descent did for biology what Galileo did for astronomy: made it into a single science rather than a collection of unrelated facts. Those facts, however, are now a century and a half old, as are The Origin‘s illustrative examples and Victorian prose style. Writing as “Darwin’s ghost,” the well-known geneticist Steve Jones has drawn on our ever-expanding scientific knowledge and the brilliant logic set out in The Origin to restate evolution’s case for the twenty-first century.

Jones has been called “the British Carl Sagan” because of his prominence as a popularizer of science. Using contemporary examples–the AIDS virus, the rules of the American Kennel Club, the sheep who never forget a face and the garbage that floats in the Pacific–he shows the power and immediacy of Darwin’s great argument. Filled with anecdotes, humor and the very latest research, Darwin’s Ghost is a popular, readable and comprehensive account of the science that makes life make sense.

For anyone interested in biology and evolution Darwin’s Ghost is a must read and very readable.

I borrowed this review from BookBrowes. 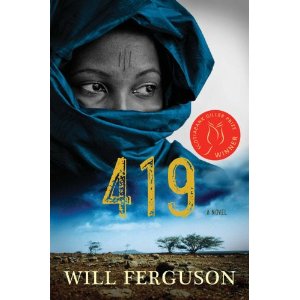 419 is set in Calgary and Lagos and concerned with 419 scams where unsuspecting victims are promised riches for accepting a huge amount of money temporarily. When they agree there are suddenly multiple service charges that must be paid in order for the deal to go through. The victim here is a retired schoolteacher who trusted the scammers, lost everything and committed suicide. He left his wife and family nothing; even the family home was lost. The police are powerless in this situation. More interesting are the men on the other end of the emails, the insiders who work the fraud machine. Another character, Nnamdi, has the most exciting part of the book. We see the whole history of the Niger Delta play out through Nnamdi, with con after con laid on the land by slave traders, Shell Oil men, rampaging generals and corrupt officials. The entire area dying from the massive pollution of the oil industry.

UNDER THE DRAGON: Travels in a Betrayed Land       ROY MACLEAN

SOMETHING FIERCE: Memoirs of a Revolutionary Daughter     CARMEN AGUIRRE

Rowen had a difficult life: crazy father, mutilated horses, mother who joined a neo-pagan, hippy, lesbian communal living arrangement in northern Saskatchewan. So he steals and sells drugs for a living. Rowan developed into an unusual and largely unlikable person.  A unique blend of the rural and the urban, half-cowboy and half-punk, Rowan is a small-time drug-dealer, amateur robot builder, and accomplished thief who supports himself by selling stolen goods on the internet.  We see the unstable and confusing world in which Rowan is raised. Chief among his childhood experiences is the initial psychotic breakdown of his schizophrenic father who viciously blinds his own horses before being arrested by the RCMP. Rowan goes out to the barn with his mother and has this violent scene etched on his brain.This disturbing event seemingly motivates Rowan’s mother to shed her Mennonite clothes, pull on some jeans, cut her hair, and leave Saskatchewan for the Pacific Northwest, where she drags her young son around for six years, repeatedly uprooting him and unknowingly exposing him to sexual predators. Between the ages of seven and thirteen, Rowan watches his decidedly lost mother engage in a series of short-lived relationships with various drug-addicts, hippies, and lesbians before returning to Saskatchewan to live with her brother. With his father medicated and his grandfather living next door, we hope that Rowan will finally obtain some stability. He finds none. Instead, he voluntarily moves out after learning the scandalous family secret that precipitated his father’s breakdown. A generally unpopular boy at school, Rowan becomes best friends, and later lovers, with Macon, another misfit in his town. Their tender relationship is the only anchor in Rowan’s young life; yet, it, too, changes dramatically before long.

Not an easy read but well worth the time.