Tomboy Survival Guide, by the Canadian writer, performer and musician Ivan Coyote, is of well-told tales about the author’s experiences growing up as a transgender person in the Yukon. Adapted from Coyote’s successful stage show of the same name, these stories are entertaining but also impart serious messages and offer the reader a window into the experiences of a transgender person who became a successful writer and performer. Like many transgendered people, Coyote prefers the pronouns they and them. Coyote describes grandmother Flo, a devout Catholic, as “not a cuddly woman” and as someone who was “far more likely to cuff the back of your head than she was to pat the top of it.” Yet Flo was perhaps the first person to reassure Coyote that, while they might not be just like everyone else, they was just fine the way they was. As Coyote remembers it, Flo said that “Some of us have hard roads, but the Lord never gives anyone a burden without also giving them a gift. Your job is to find out what that gift is and use it, y’hear me? God doesn’t make mistakes. Never forget that. You are exactly who God meant you to be.”Public bathrooms and change rooms for me have always been a choice between very uncomfortable and potentially unsafe, so I try to be polite about it because if I get angry it become so much easier for them to

Public bathrooms and change rooms for me have always been a choice between very uncomfortable and potentially unsafe, so I try to be polite about it because if I get angry it become so much easier for them to dismiss me, plus an angry someone who looks like a man in the ladies’ change room? Then I am seen as even more of a threat. Then it is even more all my fault. 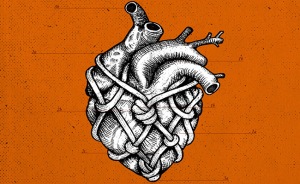 But my day-to-day struggles are not so much between me and my body. A am not trapped in the wrong body. I am trapped in sa world that  makes very little space for bodies like mine. I live in a world where public washrooms are a battleground where politicians can stand up and be applauded for putting forth an amendment barring me from choosing which gendered bathroom I belong in. I live in a world where my trans sisters are routinely murdered without consequence or justice. I live in a world where trans youth get kicked out onto the street by their parents who think their God is standing behind them as they close their front doors on their own children. Going  to the beach is an act of bravery for me. None of this is a battle between me and my own flesh. For me to be free, it is the world that has to change, not trans people.

When India was divided into India and Pakistan, most of Kashmir went to India even though its population is mostly Muslim whereas India is mostly Hindu. Kashmir was occupied by the Indian army and became a hotspot for trouble between India and Pakistan. The Kashmiri want independence, their own country. Munnu grew up in this intense environment, never knowing when the government would raid the house, arrest his father or older brother and steal something valuable. His father was an artist who worked in wood block prints. As a child Munnu would help his father with his art. The illustrations in this graphic memoir look like wood block prints. The Kashmir are portrayed ashangul deer (the Kashmir stag) which are now endangered, since their habitat is being destroyed by the Indian  army. Other people are portrayed as humans. At the age of 15, Munnu starts a career as a political cartoonist.  Later a westerner introduces Sajad to the works of Joe Saacco, who has written many political graphic non-fiction books, and encourages Sajad to write one about Kashmir.

I enjoy reading graphic non-fiction books about hotspots around the world. They can give a good overview of the situation. This one on Kashmir is well done.