“Canadians have a favourite pastime, and they don’t even realize it. They like to ask—they absolutely love to ask—where you are from if you don’t look convincingly white. They want to know it, they need to know it, simply must have that information. They just can’t relax until they have pin-pointed, to their satisfaction, your geographic and racial coordinates. They can go almost out of their minds with curiosity, as when driven by the need for food, water, or sex, but once they’ve finally managed to find out precisely where you were born, who your parents were, and what your racial makeup is, then, man, do they feel better. They can breathe easy and get back to the business of living. ““I suppose the reason many of us mixed-race people find [This] Question offensive is not just that it makes assumptions, which are often false, about our identity, but because it attempts to hang our identity on one factor: race.”

Part memoir, part thesis and part history Black Berry is a thought provoking read. Hill struggles to understand his own personal and racial identity. Raised by human rights activist parents in a predominantly white Ontario suburb.  “Canadians are quick to point out what we are not – we are not white, and we are not black – but they don’t tell us what we are. This is the quintessential Canada: the True North, Proud and Vague.” Mixed raced people feel alienated from both races: not black enough to be black nor white enough to be white. It must be a lonely existence.

Even if you are not into food and cooking, read this memoir for the writing. The prose sings it’s so fine. Hamilton writes vivid and precise descriptions of anything from a maggot-infested rat to a plate of beautiful ravioli. “You could see the herbs and the ricotta through the dough, like a woman behind a shower curtain.”  She starts with her childhood when her French mother spent her days at the stove cooking marvellous meals. “The lambs roasted so slowly and patiently that their blood dripped down into the coals with a hypnotic and rhythmic hiss, which sounded like the hot tip of a just-blown-out match dropped into a cup of water.”  After her parents divorced, when Hamilton was 11, she essentially went out into the world on her own, a precocious adolescent with a badass attitude. She began washing dishes in a hometown restaurant at 13, moved on to waitressing in Manhattan, and has worked, off and on, in professional kitchens ever since. In 1999, Hamilton has owned Prune, a 30-seat East Village

bistro. The driving impulse behind her desire to open a restaurant, she explains, was to “harness a hundred pivotal experiences relating to food — including hunger and worry — and translate those experiences into actual plates of food,” to reproduce the sort of hospitality she’d experienced travelling “from Brussels to Burma.” The chapter on leaving her lesbian lover for the man who becomes her husband and fathers her children is priceless. When visiting her mother-in-law in Italy, cooking becomes the language of their communication. I only hope she continues writing.

East meets west as the world impinges on the Akha hill tribe in Hunnun province in China. One of the most interesting themes is the exploration of the Akha culture. Young teens are encouraged to explore their sexuality but if a baby is born out of marriage it must be killed. Twins are considered to bring bad spirits so they must be killed as well.Elaborate cleansing ceremonies help protect the individuals, the families and the village. Li-yan falls in love with San-pa but San-pa is born on Tiger Day, while she is born on Pig Day, so their parents see them as an incompatible match. But their love overpowers tradition and taboo, resulting in Li-yan’s pregnancy.  Tradition is broken and the child is not killed. Li-yan is allowed to take her baby to an orphanage. When foreigners arrive from Hong Kong in search of a renowned, aged tea called Pu’er, Li-Yan is the only one who can translate. Girl is over melodramatic, the worst of the worst and the best of the best happen to Li-yan but the story of tea binds the narrative together and makes an interesting read. 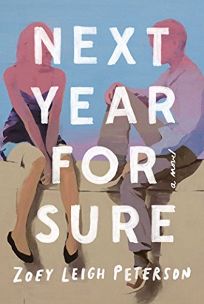 Their friends all agreed that Chris and Katheryn had the perfect relationship. He called her, “Katheryn the Awesome.” Their relationship is a mutual admiration society. Petterson explores what Chris and Kathryn actually need from others – friends and lovers both. “What she secretly wanted,” Kathryn thinks of a couple she and Chris are old friends with, “was for the four of them to be married somehow.… [Not] where you’re in each other’s beds, but the promise, that explicit understanding, that [they] were bound to each other, the four of them, for life.”

When Chris starts to harbour feelings for his friend Emily, Kathryn encourages him to act. I think I have a crush on Emily, he tells Kathryn in the shower. This is where they confide crushes. A heart crush or a boner crush? Kathryn says. He doesn’t know how to choose. It’s not particularly sexual, his crush. He hasn’t thought about Emily that way. And Chris would never say boner. But it’s not just his heart, either. It’s his molecules. So he tells Kathryn about his molecules. How the first time he met Emily, it felt like his DNA had been re-sequenced. How he felt an instant kinship and a tenderness that was somehow painful. How, whenever he talks to her, he comes away feeling hollowed out and nauseous like after swimming too long in a chlorinated pool. And how – this, sheepishly – he has spent days arranging and rearranging their bookshelves and postcards and takeout menus, to make the apartment not only as welcoming as possible but as informative. As compelling. You’re awesome, Kathryn says.

Chris’ crush is a young free spirit named Emily who works odd jobs and lives in a communal house full of interesting characters. Chris does approach Emily, the two begin going out, and Chris’s formerly “perfect” life with Kathryn rapidly starts to change. Rapidly and lots. This is polyandry at its tamest. Chris prefers cuddling to sex.