Would you want to know the date of your death?  In the late 1960s, when all four Gold children: Varya, Daniel, Kara and Simon, bored from too much time during their summer vacation — decide to visit a fortuneteller famous for predicting when people will die. Only Varya is told she will live to old age. Knowing he will die young, Simon leaps into the late 1970s San Francisco gay scene “like a dog into water.” He love the promiscuous lifestyle of sex and drugs. But it is through ballet he finds romantic love. He succumbs to the “gay cancer,” which claims him barely out of his teens and before the disease is named. Had he not known he was to die young he would have stayed home and run the family business. Each sibling is followed in order of their deaths. Do they die on the augured date because it is their destiny, or because the prediction draws them into an altered pattern of life choices? Provocative question. 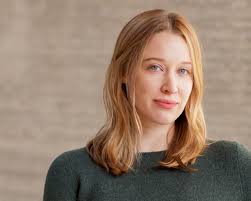 Jonny is a wild ride through reserve life and city life through the eyes of a “two-spirited, indigiqueer, NDN glitter princess.” Jonny knew early on that he was different from most boys. He liked dressing up in his mother’s clothes and putting on her makeup. When his step-father beat him to made him a man he had a loving kokum to run to for comfort, support and affirmation. She knew he was “2S” and told him stories of the old ways before colonization. Off the reserve and trying to find ways to live and love in the big city, Jonny becomes a cybersex worker who fetishizes himself in order to make a living. His best friend and sometimes lover Tias is a huge support for Jonny in the city. They grew up together and know each other like an open book. Jonny’s step-father has died and Jonny needs to make arrangements to get back to the reserve. Memories flood his consciousness and make up most of the book. Memories of love, trauma, sex, kinship, ambition and the heartwarming recollection of his beloved kokum. 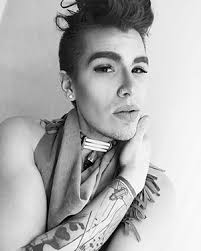 “I figured that I was gay when I was eight. I stayed up late after everyone went to bed and watched Queer as Folk on my kokum’s TV. She had a satellite and all the channels, pirated of course. At the time, my mom and I were living with my kokum because my dad had left us thinking he was Dolly Parton or Garth Brooks or something. Queer as Folk aired at midnight on Showcase; I muted the channel, added subtitles, and watched as four gay men lived their lives in Pittsburgh. I wanted to be like them, I wanted to have lofts and go to gay bars and dance with cute boys and blow and get blown in a Philly gloryhole. I wanted to work in comic shops and universities, be sexy and rich. I wanted that.”

“If you say the word ‘queerness’ now, it always signals this idea of whiteness, especially of white cis males, shirtless, dancing at Pride festivals that are so heavily vested in corporations,” he says. “For me, it was important to remove Indigenous queerness.”